Animals of the park 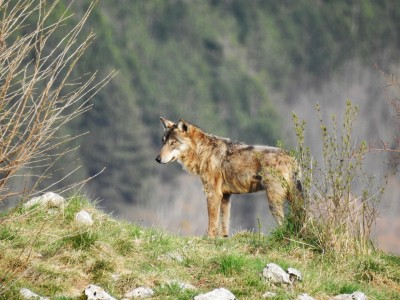 The National Park of Abruzzo, Lazio and Molise is one of the most mountainous areas rich in wildlife in the Apennines. Here live more than 60 species of mammals, 300 birds and 40 species of reptiles, not to mention the wide variety of insects and invertebrates. Some indigenous and endemic animals such as the Brown Bear and the Abruzzo chamois are the species most valuable natural. The sighting of wild animals in the Park is a unique event and to have more opportunities and not to disturb the animals themselves will want to join organized tours. 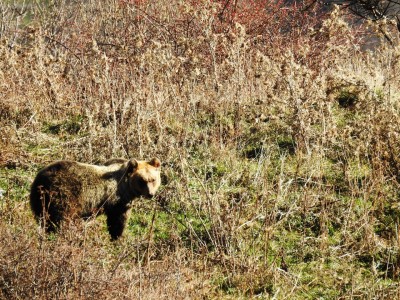 Among the large predators remember the Apennine wolf. Reduced extinction until the early 80s, survived only in the mountains of Sila and the woods of the National Park of Abruzzo, Lazio and Molise, protected by narrow valleys and thick undergrowth. Only through hard work and constant awareness and protection has been possible to save it from extinction. The wolf is the "key" of the park, because, as a large predator, it is the only one who can ensure a stable balance between predators and prey in respect of the food chain. It's a very elusive animal, difficult to spot, but often we hear the howling during the night excursions.

The lynx (Linx linx), called in these parts rarely strays from the wolf, the animal is more difficult to meet, so much so that it is doubtful of his presence among the mountains of the Park. Once lived in the forests of central, but currently there are no sure signs of his presence. The lynx is a fast and agile predator that hunt by ambush. He also managed to bring down prey with a weight over her. Signs of its presence may be the characteristics footsteps round without nails and his plaintive call of the typical mating period. 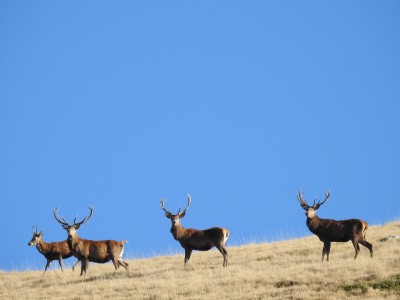 To close the cycle of large predators is the Golden Eagle (Aquila chrysaetos) in the territory of the park with 3-4 pairs. Overall, the species has suffered in the past years of unlawful killings (carrion poisoned and poaching) and in some cases also the irreparable change of their habitat. To safeguard definitely need to minimize the negative factors (poaching, disturbance in the delicate phase of nesting territories vital tampering with the opening of new roads or ski lifts, etc…). During the vaulting the wings are turned upwards to form a "V" very open. It is distinguished from other birds of prey in flight, especially for large and females can exceed 2 meter wingspan and a weight of 6 kg. 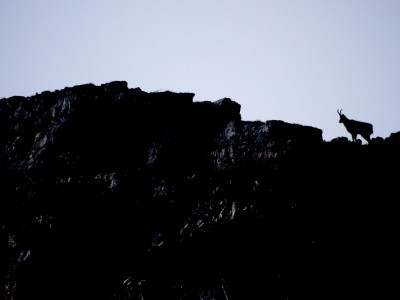 Among the other species to be counted remember Boars (Sus scrofa), the Roedeer (Capreolus capreolus) and Red-deer, the latter two reintroduced into the park in the early '70s. Especially the deer are now present in large numbers in the mountains of the Park. Seldom meet them, but the strongest emotion is to attend a battle between large males during the period of love (September-October) for the conquest of the harem. Equally impressive is that deer hear the bellowing males emit to confront their rivals and to attract females.