Flora of the park 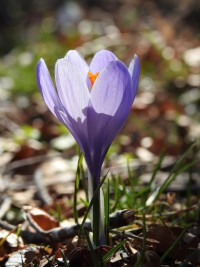 The native and endemic species are not an exclusive feature of the animal kingdom, even in the plant world there are some unique species like the Marsican Iris (Iris marsica) blooming in late spring or Black Pine Villetta Barrea, a conifer localized only in some areas of Camosciara and Val Fondillo. Among the rare species we must remember the lady's slipper (Cypripedium calceolus), which is considered the largest and rarest orchid across Europe and localized only in a very small area of ​​the park. A special mention deserves the Mountain Pine (Pinus mugo) a shrub, which dates back to the glacial period, who lives on the Coast of Camosciara above 1800m and typical alpine environments. 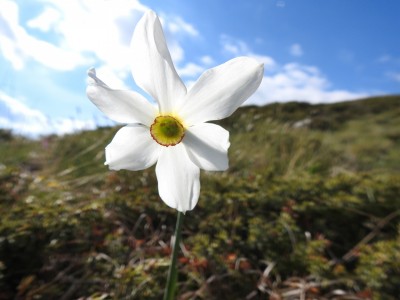 The Beech (Fagus sylvatica) is the most common tree. Over 60% of the 50,000 acres that make up the park are covered by beautiful and lush beech forests. Some specimens can reach considerable size and age, sometimes it takes longer than six people to embrace a specimen. Among the most beautiful and ancient forests remind Difesa di Pescasseroli, a whole forest of beeches made ​​from twisted forms and large foliage. The beech forests extending from 900 to 1800 meters of altitude, where grasslands give way to the high seas. Margin at the top of the beech forests make their appearance in the bushes of buckthorn ( Rhamnus alpina), whose dark purple berries are particularly appetite of the brown Marsican bear. 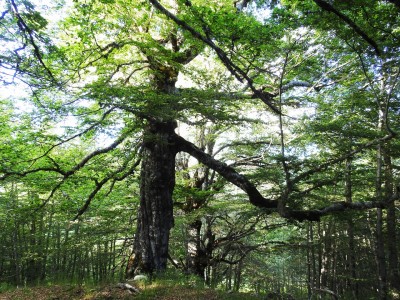 The grasslands of the high seas come up to the summit of the highest mountains of the Park at an altitude of 2250 meters. There are large areas of grassland frequented by several species of herbivores (chamois, deer, etc.). Composed of grasses and sedges. The grasslands offshore account for 30 % of the area of the Park. In spring and summer, primroses, scilla, gentians, lilies, orchids, anemones, a thousand shades of color the meadows. Among the flowers deserve a special note of St. John the Red lily (Lilium bulbiferum croceum), the Turk's cap lily (Lilium martagon), the love hidden Columbine (Aquilegia ottonis).