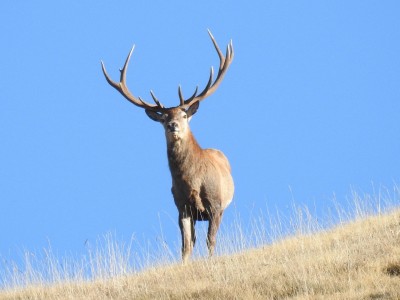 In nature can live about 17 years.

It prefers forests with large clearings or areas of the bush is not too dense.

The deer is considered a herbivore. During the year, their pastures varies depending on the season and grass cutter. 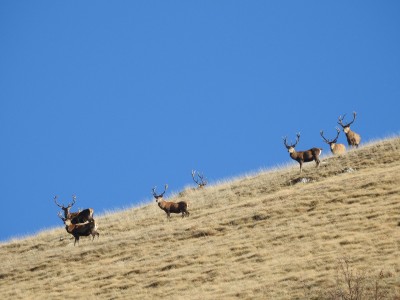 Deer lives in herds of females, in which are also permitted fawns and young males. Adult males are rather solitary life or herds are less numerous than those of females. Only in the mating season they join the females.

The love season coincides with the beginning of autumn (late September to October), during which the males defend their harem of females. They challenge each other in different ways: first through the bellow (listen to the roar) , the characteristic toward the cavernous emitting males. Then they start to throw threats at a distance (digging with hooves and antlers) and finally as a last resort you from life to the struggle that may or may not be short and violent based on the characteristics of the contenders. The female usually gives birth to a single fawn in the spring.

Deer is considered an ungulate, that is characterized by a hoof divided into two nails. The droppings are oval in shape and in males end with a pointed end, whereas in females is more rounded. Also remember the hairs, which if they can find tufts during the changeover period.

There is no estimate of the population in the park, but there are definitely a few thousand. 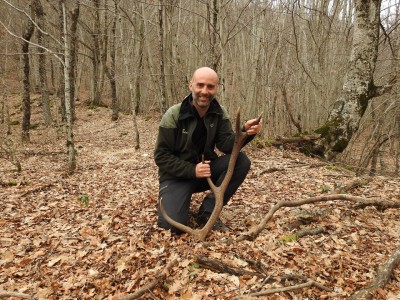 The male deer have antlers and long notes. They are a good way to defend themselves from predators, fight with rivals, but above all to communicate their health status to the female object of courtship. They fall naturally at the end of winter and reform in a few months thanks to a complex system of blood vessels called "velvet" that covers the antlers in spring and early summer. The ramifications of the boxes usually indicate the age of the animal.

Reintroduction: The deer had completely extinct in the valleys of the Park. They were reintroduced in the seventies and now inhabit the forests in large numbers.

The deer is the easiest animal to spot. In some cases it is pressed and grazing a short distance from population centers. Another thing is instead the observation in some particular moments of his life, as in the mating season. In this case, in the company of expert guides, you can see the whole ritual of courtship, fighting, and in the most fortunate cases even mating. The deer is equipped with sight, hearing and smell fine, so we recommend not using perfume and blend in as best as possible.