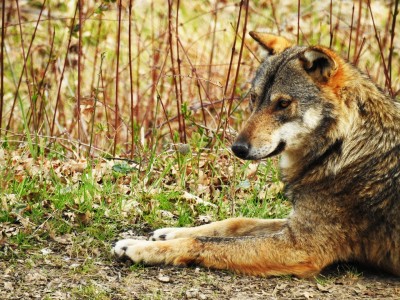 In nature can live about 10 years.

Tireless walker. He took refuge in the huge beech forests of the park. He recolonized all the mountains of Abruzzo extending along the Apennine ridge, reaching the Western Alps.

The wolf is at the top of the food chain. It’s considered a pure carnivore, although in some cases does not mind some wild berry. In the Park feeds mainly on wild boar, but also deer, roe deer, chamois, hares and small rodents. It’s also a scavenger animal because it does not disdain the flesh of carcasses, and also, within its diet, even pets: sheep, foals, calves, etc. 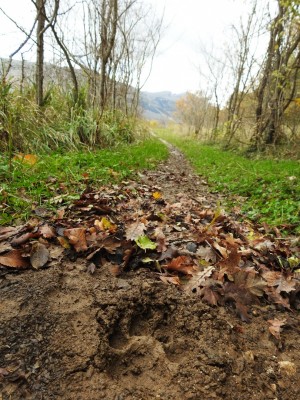 It is considered the family unit of wolves. They may be composed of two individuals up to a maximum of 12 individuals, at least in our Park. Every individual holds a specific position within the social hierarchy of the herd same scale. At the top there is the dominant pair (male and alpha female). Then there is the substitute, the gregarious, the submissive etc. Each of them has a degree of responsibility commensurate with the role it plays in the pack. This is one of the wolves "meritocratic society". Collaborate on activities that are vital to the herd hunting and defense of territory from other wolves.

The mating season coincides with the winter months. Inside the pack will mate only the dominant male and female, in order to ensure the survival of the species through the transmission of genes of individuals stronger. The litter that was born in the spring consists of 2 to 6 puppies and the whole herd is working to raise her. In the first months of life, the puppies are carefully kept within the "ran de vous", the heart of the territory of the pack, where children await the return of adults from hunting.

To distinguish from those of large dogs is necessary to run across an entire track, because while dogs generally move with zigzag gait, the wolves to save energy will generally move the straight line. The droppings are used to mark territory and are therefore placed in strategic locations (crests of the mountains, obvious points of the path, crossings, etc…). The droppings are usually full of the hair of prey eaten.

In the Park and the surrounding areas an estimated population of about 35-42 wolves, divided into 6/7 schools. 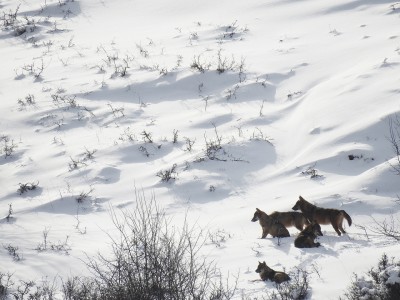 Howl is an extraordinary means of communication that serves the wolves to communicate with each other. The reasons why wolves howl are varied, but generally they do it to mark their territory and warn high wolves in that area can not hunt. The wolfhowling is the technique used by researchers to test for the presence of wolves in a given area and possibly determine whether the herd is played. In fact, by the howling is possible to distinguish the voice of the puppies from that of adults, just as it does for humans. In recent years the wolfhowling is taking place to raise awareness of the extraordinary world of the Wolves fans, who can participate in organized tours to learn not to be afraid of this magnificent predator.
Listen to the howl

The lupari: or wolf hunters was a profession practiced in the mountain villages, to eliminate what was once believed a curse: the wolf. In previous eras were not uncommon reasons for conflict between human activities and wolves, as the man lived a good part of farming. The wolf was brought to the brink of extinction, but thanks to the hard work done by the parks, researchers, environmental educators, etc. it was possible to save the wolf.

The wolf is without a doubt the animal more difficult to observe in nature, because of its elusiveness and its nocturnal habits. However, sometimes you meet him, but it is almost always fleeting encounters. In this case you are advised to consult experts who know the territory. If you see it is very difficult, it is easier to hear especially in the context of evening excursions to wolf-howling.