History and geography of the Park 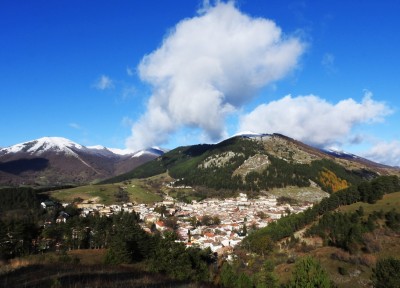 The National Park of Abruzzo, Lazio and Molise is the patriarch of all the Italian parks. Born in September 1922 for private initiative of the Engineer and Deputy Erminio Sipari, was recognized by the State on January 11, 1923. The idea of ​​making a protected area, in the wake of the great American Yellowstone Park, had already started in the late 1800s, when this territory became the exclusive hunting reserve of the Savoy, just like the other patriarch of the Italian parks: the Gran Paradiso.

The park covers three regions: Abruzzo, Lazio and Molise. The part of Abruzzo is the most conspicuous, because it covers about 80% of the territory of the park, then Lazio, with about 18% and finally the Molise with about 12%. It covers an area of ​​about 50,000 hectares, surrounded by 80,000 acres of other pre-park, a buffer zone that has among its functions to protect the animals that often leave the conventional boundaries of the Park itself.
Just the protection of animals, especially Marsican brown bear and the Abruzzo chamois, was one of the reasons that pushed the curtains Engineer to be spent for the creation of a park. 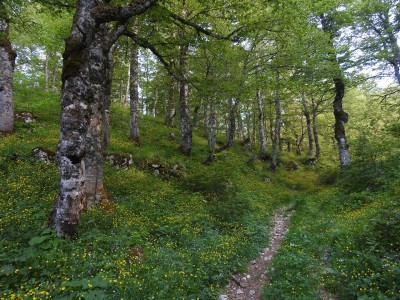 Ignazio Silone, author of marsican origin wrote in his novel Bread and Wine: "…to the left, among the vineyards, peas, onions, was the provincial road that climbed quickly in the mountains and went into the heart of Abruzzo, in the region of beeches, oaks and survivors of bears, leading to Pescasseroli, Opi, in Castel di Sangro." The territory of the National Park of Abruzzo, Lazio and Molise extends along a series of mountain ranges of between 900 m and 2250 m above sea level. Among the highest mountains remind the Monte Marsicano (2252 m), Monte Petroso (2249 m) and Monte Meta (2242 m). These mountains, generated about 160 million years ago, still bear the marks of a tumultuous past that has seen deep seas transform characterized by the presence of coral reefs in the high peaks of the limestone. Source, which determines the morphology and characteristics. The fact is the karst geological phenomenon prevalent in the Park. Caves, sinkholes and sinkholes are the gateway to underground rivers that sometimes emerge on the surface outside of the boundaries of the park, constituting a major water reservoir. 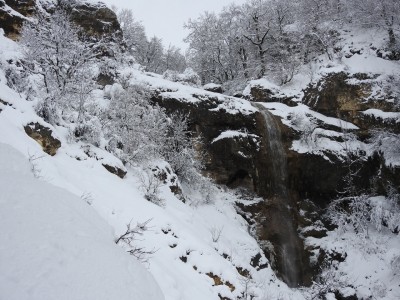 The park is crossed by several rivers including the Sangro, who was born a few miles north of Pescasseroli, runs through the park and flows into the Adriatic Sea. Among other waterways should be mentioned that the Giovenco, flowing in marsican part of the Park, the Volturno, Molise and the Melfa River, a waterway that was born in the beautiful Val Canneto, in Lazio, and then flows into the Tyrrhenian Sea. Among the lakes mention the Barrea Lake, and Lake Vivo, a small pond that is born at 1600 meters above sea level and is fed by the melting of the snows. In the area of ​​pre-park is the famous and beautiful Lake Scanno, which is located on the slopes of the country, the lake of Castel San Vincenzo in Molise and the tiny Lake Pantaniello at about 2000 meters above sea level.

In addition, the mountain ranges of the park are still clear signs of glacial erosion and weathering that have resulted in steep and deep ravines, among which we mention the Gorge Barrea, on top of which stands the village of the same name.

In the Park fall 24 countries distributed among the three regions. Five of them (Pescasseroli, Opi, Villetta Barrea, Civitella Alfedena and Barrea) also the town completely immersed in the Park. The idea of wanting to put even some villages within the protected area of primary stems from a park like ours: co-exist with the animals and plants that inhabit it.

As far as the story deserves a special mention the transhumance, the seasonal moving of livestock from the mountains of Abruzzo to the green plains of the Tableland. Her, as elsewhere in the Abruzzi mountains history "have written the shepherds to the sound of sheep" since the time of the Samnites. From Pescasseroli part of the more mountainous and old cattle track that connects the village to the town of Abruzzo to Candela in Tavoliere of Puglia. A Tratturo (droveroad) 211km long that even today we Ecotur we persist in trace in the company of "pastor-walkers", just as did the true shepherds of Abruzzo, sung by Gabriele D'Annunzio: "…September, come on. It's time to migrate. Now in the land of Abruzzi my shepherds leave the folds and go down to the sea…"